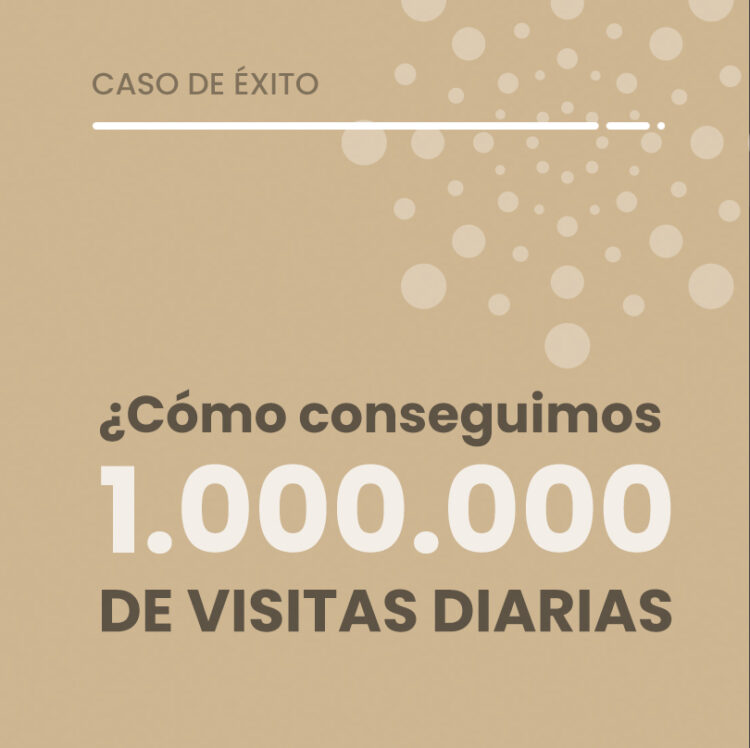 As Sistrix announces in its blog, “many SEOs do a very good job but they may not have gained as much visibility”. In this case study, we are dealing with one of the three projects that have gained the most visibility in the dental clinic sector.

The sector of dental clinics and dentists is one of the most competitive ones, which in recent years has seen significant growth. According to the Spanish Dental Association (Organización Colegial de Dentistas de España), there are currently 4,840 registered dentists in Barcelona alone.
In the case of this clinic in Barcelona, the evolution during the last year has been growing progressively. Let’s see how.

The first step: Defining a good strategy and action plan

The first change consisted of a redesign that renewed the image of the clinic. We also used this revamp of the site to organize the high volume of content that the project had, which was of high quality but was poorly classified at the SEO level and without a clear organization in the structure. This hindered the user’s experience and, by extension, its positioning.
We conducted a complete analysis and, based on this, we outlined a strategic plan with specific actions, of which we highlight:

Evolution of the visibility index

In the following chart, we can see how the visibility index of the project has increased after the launch of the new design in February 2017. According to the Sistrix tool, this project was among the 3 websites that grew the most in traffic in 2017, as can be seen in theirSEO – Newcomer del año 2017.

The evolution of organic traffic as a result of the actions carried out.

Since the launch in February 2017, as we can see in the Semrush graph, there is an evolution of organic traffic as a result of the actions performed.

As a piece of information to take into account, we can observe that the estimated cost for keywords positioned through organic traffic represents a saving of $42,300 per month for this client, being transactional keywords with high CPCs.

This is a project that generates a high volume of content on a daily basis, so it is important to perform a terminology analysis to avoid cannibalization problems, among others
Since then, the volume of positioned keywords has also significantly increased, reaching around 6,000 terms, among which there are 637 in the Top3 and 1,878 in the Top10.
We highlight below some of the important keywords for the sector, such as: Of all the actions carried out, we could highlight the following as the main points:

1 – Definition of the information architecture We analyzed the structure that the new website should have in order to implement the necessary improvements, respecting the client’s guidelines regarding the highlighted treatments. We restructured the website establishing the level that each section should have. The result was a better organization of the contents and a better distribution of the link juice, achieving an improvement in both traffic and positioning.

2 – Reorganization and quality of the contents.. Maintaining the structure of the previous point, based on the main services, a deep analysis of each of the URLs that made up the initial site was carried out with the intention of grouping it by typologies. The result was an expansion of the contents as well as an improvement in the coherence of their distribution. With this action, we were able to provide the main pages with quality content for both the user and Google.

3 – Internal linking of the website. This was a project with a large number of URLs distributed in pages and posts, which made their crawling difficult, as well as offering a bad user experience. Based on the new architecture previously mentioned, some guidelines were set to help a better distribution of link juice.

We started with a project that had a lot of content and deficiencies in terms of architecture and usability. We came up with a strategy to implement to correct all the OnPage errors in the face of the new design.

What are the factors that have influenced this change?

If we consider the most relevant factors that have contributed to the improvement of the project, we would highlight the following:

We keep performing periodic revisions in terms of OnPage SEO as well as a defined linkbuilding strategy that allows the evolution of the project and the achievement of new objectives. 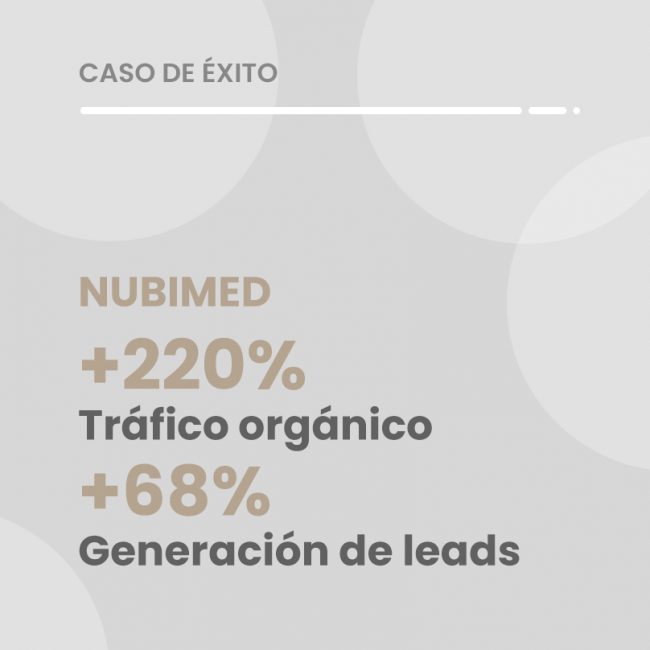 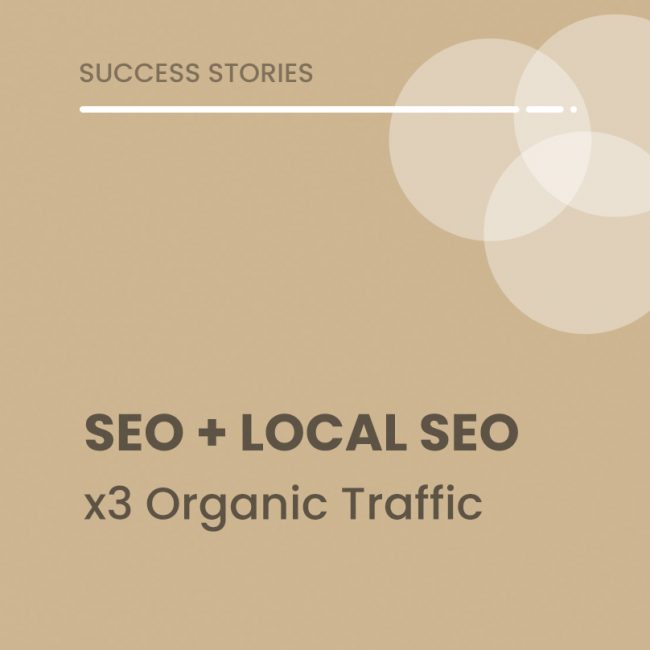 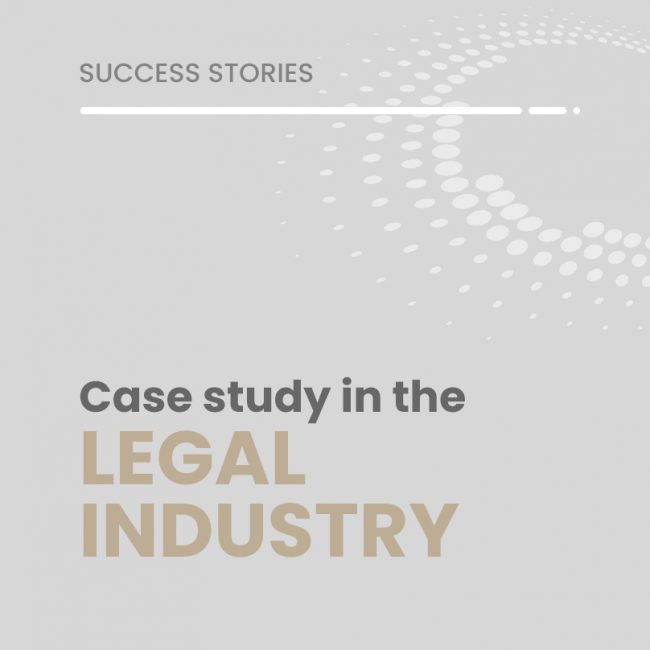 Case Study in the Legal Sector 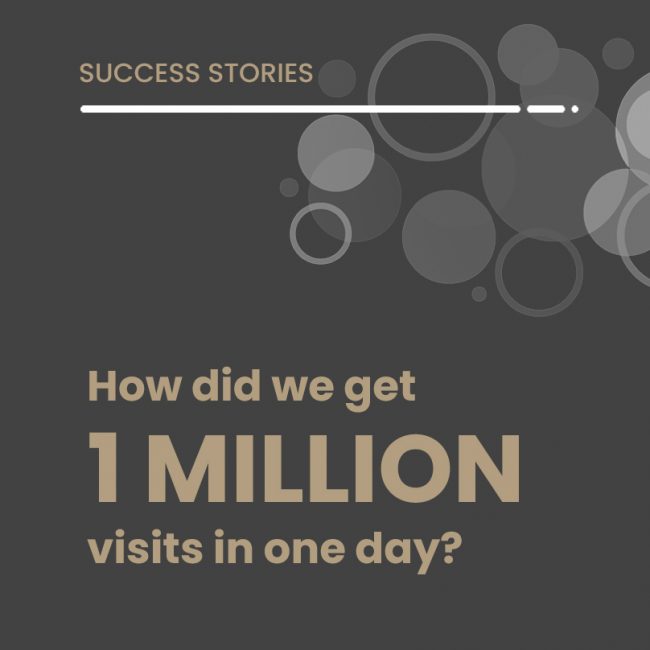